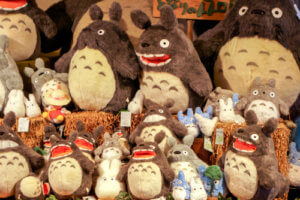 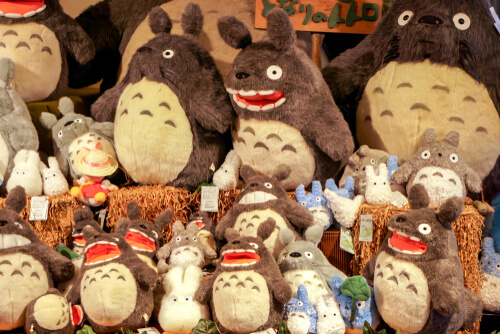 To be fair, the whole Studio Ghibli library should be essential viewing for any movie nerd. Beloved Hayao Miyazaki movies like Spirited Away, My Neighbor Totoro, and Princess Mononoke are renowned for their timeless appeal and re-watchability. And though Miyazaki’s name is synonymous with the iconic Japanese animation studio, here’s a list of some of the less familiar titles from other directors that also deserve a second look.

Directed by the other half of Studio Ghibli, co-founder Isao Takahata, this modern fantasy follows a group of tanuki trying to save their forest from urbanization. It’s a wacky mix of ballsy comedy, Japanese mythology, down-to-earth spirituality, and the eco-conscious moral common in other Ghibli movies like Nausicaa and Ponyo.

The rest of Takahata’s titles—Only Yesterday, My Neighbors the Yamadas, and The Tale of Princess Kaguya—are definitely worth checking out. Unfortunately, one film has slipped the streaming rights scuffle: The Grave of the Fireflies. We hope Netflix gets it soon.

Directed by Ghibli protégé Yoshifumi Kondo, Whisper of the Heart follows in Ghibli’s thematic traditions. It’s the coming-of-age story of a creative and ambitious young girl that brings together heartwarming nostalgic realism with elements of fantasy and a clandestine love story.

A loose spin-off based on a character from Whisper of the Heart, this fanciful adventure through the magical secret world of cats is sure to be a favourite of feline lovers. The movie’s charming characters and amusing visual cat puns make it one of Studio Ghibli’s more playful offerings.

Here’s a bonus. Technically, it’s outside the Ghibli roster and has been available on Netflix for a while—and yet it’s perhaps the least talked about of Hayao Miyazaki’s body of work. In his feature film debut, Miyazaki weaves a classic Lupin III detective story with sharp criticism of global politics, financial institutions, and authoritarian power, all tied in with an occult criminal underground.