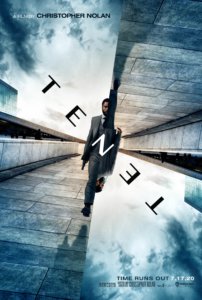 Out of the list of movies set to be released by Warner Bros this year, a host of them will have their release date rescheduled. “Batman” for instance is set for a release on October 1, 2021, which is four whole months behind the earlier scheduled date. The situation is similar for “Shazam 2”, “The Flash” and some other movies and series.

However, the situation is different for Christopher Nolan’s “Tenet”. Warner Bros’ change in schedule would not affect the release of the movie in any way.

The movie’s release date of July 2020 still stands! As a director, Christopher is famous for his staunch support for the cinematic experience. Plus, his works hold enough reputation to drive a large audience down to the cinemas upon release.

His new work, “Tenet” parades popular acts like Robert Pattinson and John David Washington. The array of stars in the cast and the special timing of the scheduled release date of the movie make it a potential blockbuster.

Such potential in a movie cannot be thrown to the wind regardless of the situation. Warner Bros knows this fact and would not, for any reason, release it digitally. Christopher Nolan certainly will not allow this to happen. For one, he cannot break even if it is released on-demand or via streaming, considering the amount of money invested into its production.

Yet, this decision to leave the release date in July 2020 is a gamble. Understanding that all of his (Nolan’s) works thrive better on the international stage and that most of these countries just like the US are still in the thick of the pandemic, July seems too soon.

Theatres opening again, especially in the Americas seem like what will not happen until during summer. However, this likelihood might be why the director and Warner Bros would not change the release date. Most movie releases scheduled for July will continue to pull out. That means zero competition for them.

The movie’s release date might well be a gamble, yet, it might just be the solution to the pandemic impact on the American movie industry. The July release is a risk worth taking. We only wait to see what happens hereafter.