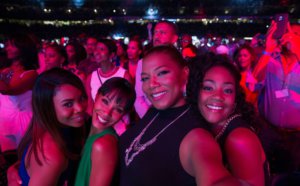 Girls Trip caught a lot of viewers by surprise when it premiered in 2017. There were lots of Laugh Out Loud moments, and it promptly stole the heart of many.

Ever since this prominent landmark about three years ago, there has been news from different corners that a sequel could be in the bag. The sequel already enjoys high anticipation. It wouldn’t be surprising if it also becomes a hit.

The comedy movie was about the escapades of a quartet of female friends. These female friends were the star in this blockbuster. Tiffany Haddish, Queen Latifah, Regina Hall, and Jada Pinkett Smith had their positions in Hollywood cemented by their role in this movie. These friends had finally met up after years away for the Essence Music Festival in New Orleans. Just through that weekend, a lot happened. From secrets exposed to problems they had to solve, the weekend was a handful.

Tiffany Haddish had her star breakthrough with this movie. She has henceforth become a household name and has since participated in several other projects. She, however, in an interview revealed that the sequel to the first comical blockbuster had taken a new direction. Due to financial fallout with their co-writer, the script for the sequel will now have the four lead characters write the script.

She also tipped that there could even be more twists and turns in the sequel whenever it is released. According to Haddish, the sequel might come with a different title and plot from the initial. And, there could also be more unexpected turns in the plot. What is still certain is that the sequel will feature the quartet. And, that is enough for us, the viewers.