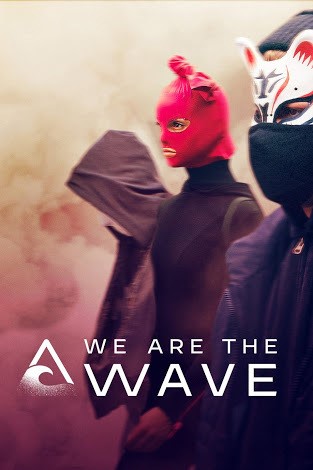 the german series We Are the Wave, is more than a drama about teenagers and how they rebel. The series has historical roots that take a closer look at   Morton Rhue’s novel The Wave, which fictionalized the story of ’60s high school gone-wrong that re-enacted the roots of Nazi Germany in those ages.  Here goes the gist.

The series comes  from the ’60s social experiment The Third Wave

It began at High School in 1967 when one of the students prompted his history tutor how the Germans were able to adopt the Nazi regime and era. Ron Jones was a beloved history teacher who was known for his unorthodox teaching ways. He was the one invited guest speakers like klansmen, he made the mostly-white students use other toilets in simulations of the Apartheid, and he directed his students to come up with ten strong arguments for and against the Vietnam War and the happenings.  Jones, on the other hand, promised his students that they would all get A’s if they follow strictly on the new exercise which they embraced the game and decided to do it.

It wasn’t until Ron Jones published his own account of his experience a few years later regarding that the experiment that the public got to know.

On the fifth day of the experiment, Mr. Jones put all the students in a rally where they awaited the announcement of their party leader on nationalized TV, which he unveiled the gimmick by playing the said footage of Hitler and the Nuremberg Rally instead.